It’s crazy! How can failure be a good thing? In school, we were taught that it was bad to fail. They penalized you. Heck! Sometimes we even got a ‘mouthful’ from our teacher, in front of the entire class

Why failure leads to success? What if I told you that the only way you can become a true success is to embrace your failures? Add to that, you should fail as often as possible? You would think that I am probably smoking my socks!

Okay! Then let me put in another way. What if I told you that some top names in the movie industry failed miserably and as a result, they went on to become millionaires? Have I got your attention now?

It’s vital that you experience failure in order to become a success and today I want to show you how much of an impact, failing, can have in your life. I am going to show you some real-life examples of how ordinary people become extraordinary by failing big time and not giving up. 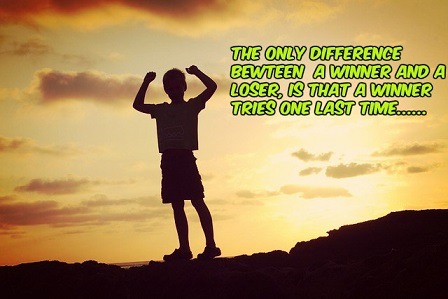 But first, let me talk to you about the Ying and Yang.

THE YING AND YANG – ACHIEVING YOUR BALANCE

Have you ever tried Yoga? You know that Ancient practice with all the strange postures and crazy breathing thing going on? 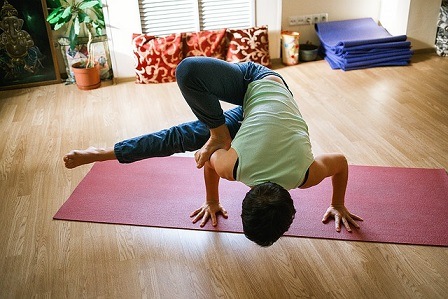 There is so much of research that documents that Yoga is good for strength, balance, and flexibility. That it helps for the heart, lungs and offers a range of other awesome health benefits.

If you’ve ever tried Yoga, you will have experienced both the ‘yin’ and ‘yang’ side within a single session.

The one that I’ve experienced, is wherein the first part of the yoga session I do what is called moving asana’s that make me sweat and has postures that feel challenging and uncomfortable at times.

Then, in the second part, I do more balancing postures that initiate calmness and relaxation and finally, the session ends off with a small prayer. 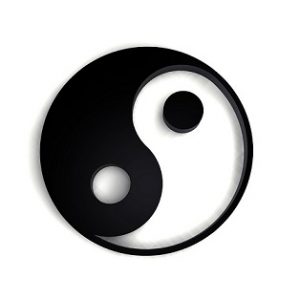 Two opposites. The storm and the calm. The Ying and Yang. One cannot be without the other. This is Yoga. But this is life as well. When things are calm we welcome it. Yet when we go through the storm, we do not like it.

The point that I am getting at, is that life is Yoga in action. You will have to experience hate to know what love feels like. There cannot be a night without a day. Or a hot without a cold.

The only way that you know what is good is to have experienced the bad. This is the same story with failure. You have to experience failure to know what success is.

It’s been proven time and time again and I am going to show you the proof right now!

Here is living proof of how failure leads to success.

Don’t be Afraid to Fail Big, To Dream Big

Here is someone who dropped out of junior college with a 1.7 GPA. Today he is a household name, with a string of ”class” movies to his name. Let’s not forget that he is the winner of 2 Oscars, 81 other wins, and 193 nominations.

See what he has to say about failure.

How badly do you want to achieve your dream?

Bad enough to defy all odds? That’s what Stallone did.

Sylvester Stallone’s problem literally started at birth. An accident during the birth process where the doctor’s severed a nerve, resulted in paralysis of the left side of his face.This ultimately caused him to suffer from slurred speech.

When he moved to New York to fulfill his dreams of becoming an actor,

things did not fall into his lap. No-one would hire him, and he slept at a bus station for three weeks. To make ends meet, he had to even sell his most prized possession, his companion, and friend, his dog.

Watching a Muhammed Ali boxing match, inspired him to write the script for Rocky. He took the script to countless studios, with no success. Eventually, a studio liked the script but did not want him to play the lead role.

He refused, even though he was dead broke. He knew that he had to be in the film and would not give up. They then offered him $200 000 for the script. He refused again. Eventually, they gave in and he took a salary of $35 000.

The movie Rocky went on to become a smash hit raking in 200 million dollars. After 6 Rocky movies and a Spin-off, he eventually won an Academy Award in 2016 for playing the Rocky character.

WILL SMITH WANTS YOU TO SEEK FAILURE TO SUCCEED

Want to be a BAD BOY or in the case of the ladies, a BAD GIRL? Then make failure your friend and push yourself to the limit and beyond.

From the man who has a string of Box Office movies to his name, hear what he has got to say about failure.

Let me tell you about this amazing woman. She got married at 18 years. It was not a happy marriage. 2 years later, she was involved in a car accident.

She sustained countless injuries including, wrist, shoulder, and collarbone fractures. Even her rib cage got fractured. As a result, her lungs and liver were injured. 3 of her back vertebrae were crushed leaving her paralyzed for life.

Her dream was to become an artist. The doctors told her that she will not be able to realize her dream, because her wrist and arm were so badly deformed and that she won’t be able to hold a pen.

See how the turmoils and struggles made her stronger!

Sorry, this one does not have a video. But I am working on it.

I am completely deaf in my right ear and have partial hearing in my left ear. My schooling years were good and I ended up with decent enough marks that got me entry into University. This is where things became challenging. 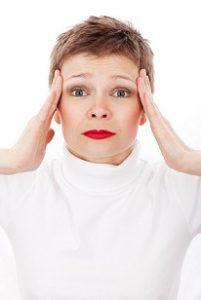 There were times when I used to suffer from tinnitus. It’s a condition where there is constant ringing in the ears. It made it challenging to hear lectures and I had to seat myself in the front row most of the time.

I was in and out of the hospital, having to go through a series of lumbar punctures, steroid injections, and hearing tests. The tinnitus seemed to keep at bay during that time.

Anyway, in my 3rd year of study, after working my butt off, I failed one of my subjects and it left me feeling devastated. I was supposed to go on an overseas trip at the time and here I was, forced to study in my December holidays for the supplementary paper.

I was actually contemplating suicide. That’s how serious I took it. That’s when I learned the healing power that sincere and genuine words have.

My girlfriend at the time (who is now my wife) mentioned these words to me, ” It’s okay to fail. It happens. IT MAKES YOU STRONGER.” She went on to say that one day, I would look on this day and thank myself for not giving up.

I thought she was nuts. Yet, it’s true. Today as a result of those simple, yet powerful words, I am a qualified pharmacist. And yes, I smile when I recall that day!

The Nightmare has Just Begun

Four years ago, my worst nightmare came true. I experienced a severe hearing loss in my left ear (my only hearing ear), and the occasional tinnitus I had in varsity, returned, only this time, with a vengeance. It did not go away like before. I panicked

It put my job and livelihood at stake. How can I do my job, if I cannot hear my customers?

As much as I hated it, I had to go for a hearing aid. Life was different. Listening to music and watching movies was not the same.

Looking at this as a setback, I asked myself, why now? why me?

As I researched the internet, I came across a review that revealed a specific business was a scam. However, that same review talked about a legit online business opportunity. It captured my interest and I wanted to learn more. 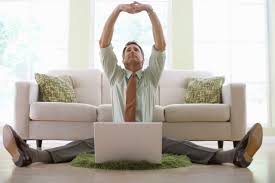 I could work online. How wonderful that would be, I thought. That way I would not have to stress about having to talk and listen to customers.

Today, as result of my tinnitus and having found that online opportunity, I am able to help other people with tinnitus via my website. (Here is the URL – www.DealWithTInnitus.com, should you like to check it out.)

Talk about a blessing in disguise.

What I thought was my setback, a failure, was the doorway to a new opportunity. I just had to stop fighting it and be open to seeing it.

NOW ITS YOUR TURN FOR SUCCESS

Whatever you are going through, whatever setback you are having, is happening for a reason. It will make you stronger. There is a reason, and you may not see it right now, or tomorrow or even the next day, but I will tell you this, it will all be revealed when the time is right.

Is failure the key to success? What do you think?

Remember the Ying and Yang we talked about. After every storm, there is calm, there is light, there is hope!

I am looking forward to hearing your failure-success stories.

Wishing you the very best, always.

6 thoughts on “Revealed :The Secret of Famous People – Why Failure Leads To Success?”